Combating Antimicrobial Resistance in the Environment

AMR team with partners from icddr,b in Bangladesh

With a projected 10 million deaths per year, antimicrobial resistant pathogens are predicted to be the leading cause of death worldwide by 2050. Pharmaceutical development cannot keep pace with the problem. To combat these threats before they reach cities, hospitals, and homes, we work with international partners such as the icddr,b seeking out and deterring resilient pathogens in the farms, aquacultures, wastewaters, and other ecologies from which they spread.

What is Antimicrobial Resistance?

The emergence and spread of AMR outside hospitals can be exacerbated by various environmental factors such as the continuous discharge of antimicrobial drug residues, antibiotic resistance genes, and antibiotic resistant bacteria from hospital, municipal, and agricultural wastewaters. In addition, the widespread non-clinical use of antimicrobials in apple and pear orchards, aquaculture, and animal production can promote the development of AMR in commensal bacteria, which may later transfer antibiotic resistance genes to pathogenic bacteria that will eventually infect humans. To combat the spread of antibiotic resistant pathogens, the AMR Team will comprehensively investigate the environmental sources and drivers of AMR, and advance the methods of global AMR surveillance. 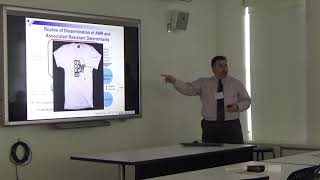 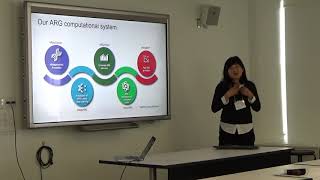 “Antibiotic resistance is a global problem, and a lot of researchers are trying to fight it by creating new drugs...we are looking at the problem from a different angle: We are trying to prevent its spread.”

Our Articles and Reflections

Our work is done in collaboration with many talented community partners. We list these partners on the affiliated project pages.