and retaining its rankings in:
feminist philosophy
philosophy of art

CONGRATULATIONS TO THE CLASS OF 2019

Past Events listed by Academic Year

The Noûsletter contains an archive of our department's news and events. We have every edition of the Noûsletter, published between 1990 and the present, available to download as a pdf.  Alumni are invited to send updates to us for inclusion in the next edition.

Symposium on Chinese Philosophy in Memory of Jiyuan Yu

The Confucius Institute and the Department of Philosophy at the University at Buffalo are pleased to announce a Symposium on Chinese Philosophy in Memory of Jiyuan Yu on Friday, November 3, 2017. The event is free and open to the public.

February 1, 2018, Thursday, 4:00, p.m., Park 141
John Greco (Saint Louis University)
Title: "Intellectual Humility and Contemporary Epistemology: A critique of epistemic individualism, evidentialism and internalism"
Abstract: Contemporary epistemology has moved away from the epistemic individualism of internalism and evidentialism, in favor of externalism, virtue epistemology, and social epistemology.  This paper explores how these various movements in epistemology are related to the notion of intellectual humility. The central idea is that, whereas intellectual pride is characterized by ideals and illusions of self-sufficiency, intellectual humility is characterized by a realistic estimation of one’s own abilities and an appreciation of one’s epistemic dependence on others.


March 1, 2018, Thursday, 4:00, p.m., Park 141
Charles Goodman (SUNY Binghamton)
Title: "How Emotions Deceive: Śāntideva's Moral Psychology Today"
Abstract: Most of us strongly favor our own interests, and those of the people we care about, over even the urgent needs of distant others. When people we care about are wrongly harmed, most of us feel anger towards the wrongdoers and believe that they deserve to suffer. Many philosophers endorse these patterns of thought and feeling, regarding them as rational, appropriate, and even virtuous.  The Buddhist philosopher Śāntideva (late 7th – mid 8th cent. CE) would disagree, claiming that such thoughts and feelings are cognitively and normatively distorted and erroneous.  Several arguments will be considered that support Śāntideva’s views on these questions. Śāntideva may have been the first author in history to state a version of utilitarianism clearly and develop its implications systematically. We now know that utilitarianism often has counterintuitive implications in contexts involving aggregating benefits and burdens across numerous sentient beings.  The question of aggregation will be considered in light of Frances Kamm’s “one billion birds” example from Intricate Ethics, Richard Wilbur’s poem “Advice to a Prophet,” and the empirical phenomenon of “compassion collapse.”  This discussion reveals a possible role that poetry could play in defending consequentialist ethics.

About the guest speaker: Dr. Jobst Landgrebe, Cognotekt founder and shareholder. Doctor and mathematician, 16 years of experience in the field of artificial intelligence, eight years as a management consultant and software architect. Specialised in the design and implementation of holistic AI solutions. Experienced in the insurance industry.

April 5, Thursday, 4:00, p.m., Park 141
Janice Dowell (Syracuse)
Title: "The Linguistic Case for Expressivism Reconsidered"
Abstract: A notable absence in the metaethical defense of expressivism about normative language has been distinctively linguistic data. In a series of recent papers, Yalcin aims to fill this gap, arguing against any descriptivist semantics for epistemic modal expressions, on the grounds that it is unable to fit with our judgments about sentences of the form ‘j and might not j’ and ‘the F might not be F’. From the need for a non-descriptivist semantics for epistemic modals, Yalcin argues for a complimentary semantics for the deontic ones. Here I provide new data against which to test Yalcin’s claims, showing how Kratzer’s canonical contextualist semantics, a form of descriptivism, is compatible with the full range of data. Thus, Yalcin’s data do not provide new, linguistic grounds for expressivism.

April 19, 2018
Karen Bennett (Cornell)
Title: "Kinds of Kinds"
Abstract: Philosophers and ordinary people talk about kinds all the time. Yet the philosophical literature has almost entirely focused on natural kinds. People just help themselves to the notion of a kind, and fret about what naturalness might be. In this talk, I back up a step and ask, what are kinds, anyway?
Bio: Professor Karen Bennett works largely in metaphysics, with occasional excursions into philosophy of mind. She is the author of a variety of articles on constitution, modality, mereology, metametaphysics, and the like. Last summer, her book Making Things Up came out with Oxford University Press. It is about the family of relations whereby less fundamental things are generated from more fundamental things, and about what that kind of fundamentality talk comes to.

April 20, 2018
Capabilities: Human and Machine workshop hosted by Barry Smith. As information technology becomes involved in ever more aspects of healthcare, manufacturing and other industries, the ability to reason with capabilities information will become ever more important. This workshop aims to advance the understanding of what capabilities are and of how they should be represented in information systems.

May 3, 2018
Pamela Hieronymi (UCLA)
My research sits at the intersection of many different subfields: ethics, philosophy of mind, philosophy of action, and the lively discussion of moral responsibility and free will.

Spring 2017 Events at a Glance

February 16, Thursday, 4:00 p.m, 141 Park Hall
Departmental Colloquium
Tuomas Tahko (University of Helsinki)
"Where Do You Get Your Protein? (Or: Biochemical Realization)"

“Distinguishing between What is Intended and Foreseen Side Effects”
Workshop, 7:00-10:00 pm, Location TBA

Download the Blameless Buffalo 2017 Conference Program
Back to top

The theme of the 2017 Romanell Conference on Bioethics and Philosophy of Medicine is "Personal Identity and Our Origins." Join us as we welcome three distinguished keynote speakers:

As in past years, the conference will also feature current graduate students, UB Philosophy alums, as well as philosophy faculty members of UB and other institutions in Western New York.

1:15-2:15 Award Winning Graduate Student Essay:  Rob Kelly, "Manipulation and Compatibilism: Why Appealing to Health Is Not the Cure."

2:30- 3:30 Award Winning Graduate Student Essay. David Limbaugh. “Could we Perform Evil Actions When We Never Would? An Essay on God, Agency, and Dispositional Modality”

PANTC* 2016 Conference on Bioethics and the Philosophy of Medicine

Read article in the UB REPORTER.

Video: PANTC* 2016 "The Metaphysics of the Embryo" 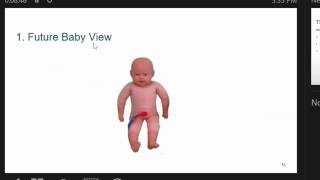 Do we have free will?

The event is free and open to the public.

Poster: Do we have free will? UB PHI Debate Series 2015

Does evolution imply that there aren't moral truths?

The event is free and open to the public.

October 19, Monday
Lecture 1 - Facing the Fire: On Mr. James Baldwin and Others

October 20, Tuesday
Lecture 2 - Facing Foolishness: On Philosophy and the Academy

October 21, Wednesday
Lecture 3 - Facing the Future: What Will Happen To All That Beauty?

About the speaker: Paul C. Taylor teaches philosophy at Pennsylvania State University, where he also directs the Program on Philosophy After Apartheid at the Rock Ethics Institute. Professor Taylor received his bachelor’s degree in philosophy from Morehouse College and his Ph.D. in philosophy from Rutgers University. He writes on aesthetics, race theory, Africana philosophy, pragmatism, and social philosophy, and is the author of the book Race: A Philosophical Introduction (Polity, 2004). He has recently co-edited a special issue of The Journal of Social Philosophy (with Ronald Sundstrom) on critical philosophy of race, and is currently at work on a book called Black is Beautiful: A Philosophy of Black Aesthetics (under contract, Blackwell).

PANTC* 2015 Conference on Bioethics and the Philosophy of Medicine, July 30 to August 1

Blameless Buffalo? Conference on Free Will and Responsibility, 2015

Download the poster/program for Blameless Buffalo 2015
Back to top

March 5 Debate: On the Existence of the Soul, featuring Philosophy Department doctoral students.

April 16, Debate: Does evil provide evidence against the existence of God?

Download Poster: Does evil provide evidence against the existence of God?

Debt, Deflation, and Depression: A Marxist View of the Current U.S. and World Economy, March 12

Speaker: Dr. Loren Goldner, editor of Insurgent Notes; writer and activist based in New York City. Many of his writings are available at Break Their Haughty Power.org  Loren Goldner is also the author of Vanguard of Retrogression (2011), and Herman Melville: Between Charlemagne and The Antemosaic Cosmic Man (2006)

The event is sponsored by "The Marxist Reading Group"

See the photo album from the conference

The event is sponsored by the Peter Hare Memorial Fund and the Dept. of Philosophy at the University at Buffalo (SUNY). Contact: jakemona@buffalo.edu

PANTC* 2014 Conference: Bioethics and the Philosophy of Medicine

See the UB REPORTER for a news story on the PANTC conference.

Christopher Boorse will give talks on both days based on the following papers:

"Goals of Medicine"
"A Second Rebuttal on Health"

Conference presentations are based upon the following papers, available for preview:

PANTC* 2013 Conference: Bioethics and the Philosophy of Medicine