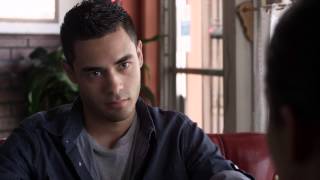 “East Los High” is an edgy Hulu original series set in a fictional high school, now streaming its fourth season. It’s also an intervention, designed to address issues of public health and social justice among young Latinos in the United States. According to research led by UB Associate Professor of Communication Helen Wang and her collaborator at the University of Texas at El Paso, this optimistic mix of entertainment-education is working. Key to its success is its innovative “transmedia” approach, which adopts an array of web-based vehicles for getting its message across.

Is transmedia something new?

Many people, especially younger generations, are accustomed to experiencing programming across multiple platforms. The “Star Wars” franchise is a classic example of commercial success in branding, building fan communities and profiting from merchandising. However, it’s a different beast to use transmedia as an intervention strategy for health promotion and social change, to affect hard-to-reach audiences and keep them meaningfully engaged over time.

How does “East Los High” make use of multiple media platforms?

For example, the character Ceci found her life turned upside-down when she became pregnant. Viewers could go through this emotional rollercoaster with her by watching the video blogs released on the show’s website as the storyline unfolded and see her talk about the challenges she faced. From there, viewers would be directed to the “East Los High” resources page, where they could use widgets to check out local health resources.

It must be tricky to balance the engaging with the edifying.

An effective entertainment-education program has to be first and foremost entertaining. No one wants to be told what is right and what to do. But we found that if you bring people on a compelling journey through stories and characters that speak to them, they may be open to looking at things from a different perspective and trying out something they think they could benefit from.

How did you analyze the impact of “East Los High”?

What did you find?

Our experiment showed advantages of transmedia over other narrative formats over time. Qualitative insights suggested that the first season, on the theme of sexual and reproductive health, opened up otherwise difficult and embarrassing conversations among peers and within families about sexuality.

What does the future hold for “East Los High”?

The program has tremendous potential for growth in terms of audience-engagement approaches. I would love to see an alternate-reality game component bring fans out in their communities and take action toward common goals while having fun together!