The implantable pacemaker was invented by a UB professor. Now, a team of UB engineers is about to give it a major upgrade.

A prototype of an energy harvester developed by M. Amin Karami and his team at UB's IDEAS Lab. Photo: Douglas Levere 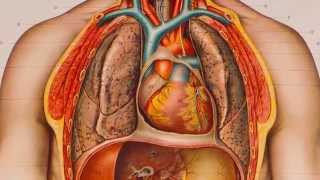 The implantable pacemaker, a medical marvel that has extended millions of lives since its invention over 60 years ago, is getting a 21st century makeover.

Sixty-two years ago, an electrical engineering researcher at UB named Wilson Greatbatch made one of the most important medical breakthroughs of the 20th century when he invented the implantable cardiac pacemaker, an apparatus that has saved millions of lives. But even the greatest discoveries have their drawbacks.

While pacemakers can last a lifetime, their batteries last less than 12 years, meaning patients have to undergo a costly surgery to implant a whole new pacemaker every decade or so. And because the new leadless pacemakers are impossible to extract (they’re inserted directly into the heart, and tissue develops around them), people can end up carrying several pacemakers in their body by the time they’re 60 or 70 years old.

However, at UB’s Intelligent Dynamic Energy and Sensing Systems (IDEAS) Lab, mechanical engineer M. Amin Karami and his team of researchers are taking Greatbatch’s invention one step further. They’ve created a device, called an energy harvester, that harnesses vibrations from the patient’s heartbeat to power the pacemaker. They hope it will one day make batteries, and repeat surgeries, obsolete.

Under One’s Own Power

One of two prototypes, this energy harvester uses piezoelectric materials (solid materials that generate electricity from mechanical stress) to turn itself into a sustainable power source. While researchers have tried to use regenerative sources to power pacemakers for decades, the combination of design and technical elements in the IDEAS Lab’s energy harvester is a novelty—and a promising one at that. It has already gone through some animal testing. The next step is to integrate the harvester into commercial pacemakers and receive FDA approval.

After inadvertently grabbing the wrong resistor for a marker oscillator, Wilson Greatbatch serendipitously invented the first implantable cardiac pacemaker. In the following years, he produced 50 handmade pacemakers in his barn in Clarence, N.Y., which doctors later used for animal and human trials. By 1961, the device was being officially manufactured, and by the time of Greatbatch’s death in 2011, more than half a million patients a year were getting the implants.

Straight to the Heart

Traditional pacemakers are implanted in the chest with leads that go into the heart, requiring surgery and hospitalization. In 2013, they were joined by the much smaller leadless pacemaker. These devices require only a 10-minute procedure, in which the pacemaker is sent up through the blood vessels in the leg and inserted directly into the heart.