There was a time early in his career when Claude Welch would be covered in chalk dust at the end of the day. The state of his clothes, it turns out, had more to do with his inexperience than the inherently messy medium of the old black boards.

“I kept backing up against the board because I didn’t know how to teach,” says Welch.

But over the course of 50 years much has changed for the SUNY Distinguished Service Professor in UB’s Department of Political Science.

“My clothes are cleaner today because of PowerPoint,” he says.

That Welch injects humor into his conversations is completely expected from someone who is likely to provide an equal degree of wit in his classroom. One of his recent lectures included a rendition of Frere Jacques, sung in both French and German. Yet the musical interlude was introduced for purposes other than mere levity. The day’s class discussion involved patterns of child raising, working within families and educating kids and one of the ways to do this, says Welch, is “to inculcate the mother language.”

“Effective even if I was slightly off key,” he admits.

Yet if years of singing have failed to improve his pitch he has nevertheless honed his teaching to perfection over that same period of time.

Just as great singers seek out other vocalists to improve their craft, Welch sought out other teachers, auditing classes to improve his own performance. When looking for classes that might inform his own teaching, he made decisions based on the effectiveness of the instructor rather than material being presented, a fact that often put him outside his area of expertise.

Most of what Welch brings to his students, however, is the result of a university portfolio that touches on all aspects of campus life. At various times, he has served in administrative positions such as dean, associate provost and department chair. But he was always teaching, regardless of what role may have taken most of his time.

“I love the opportunity to interact with small groups,” he says. “Where people come together and share ideas.”

That statement at once seems curious. Though he teaches one graduate seminar a year, and last spring taught an additional seminar on human rights for the law school, much of Welch’s recognition as a teacher comes from his World Civilization class. Hardly a small group, World-Civ, as it’s often called, might be populated by more people than some of the civilizations being studied. Yet Welch loves teaching this class, in particular, and takes great pleasure in scaling the large assembly into the smaller breakout sessions that delight students like undergraduate Marilee Couldron.

“I feel like I can ask any question, raise any issue that’s related to the subject matter,” Couldron says. “Students are comfortable talking to him and I think that means a lot to everybody.”

For Welch, the chance to closely relate with his students gives him a better perspective on their growth, allowing him to recognize the development of their knowledge and understanding regarding the issues and concepts he’s teaching.

“It’s satisfying for me to see students have a willingness to move away from merely asking what is the right answer and what is the wrong answer to the level of a mature adult who is thinking about the future and is willing to ponder a number of possible approaches.”

For John Cerne, student engagement is critical to the learning process in his undergraduate physics courses. After all, he says, if he’s not going to actively involve students in the class, why not just film his lectures and play them for students.

But that doesn’t help them understand concepts as complex as quantum mechanics and radioactive decay. “If the lecture is just my monologue, that’s not a good use of lecture time,” Cerne says. “They could just watch a video of me doing this.”

Cerne finds a number of ways to make learning “click” in his classes. One of the most popular, and effective, methods employs a personal response system. When Cerne asks a question in class, students select a response using a personal response device. If most of the students answer correctly, Cerne knows they’ve grasped the concept, and he can move on to the next part of the lecture.

If, however, the class is split on the answer, Cerne asks the question a second time, but this time he tells the students to talk over the answer with their neighbor. Typically, the students who are more convincing in their argument are the ones who answered the question correctly and can explain it to their neighbor. This, Cerne says, is where he delights in being at the front of the class.

Cerne also isn’t the type to read a textbook chapter to his students during class. Instead, students are asked to read the chapter before the class and answer a few questions about it online. The students’ responses help Cerne tailor his lecture to the concepts students struggled with most.

All of this helps to make students actively involved in their learning. “One of the big challenges in teaching is that you never can tell what’s getting across and what isn’t. You don’t want to wait until the exam to find out the students didn’t learn anything in Chapter 35,” Cerne says.

And while these are some of the teaching tools Cerne employs in his current classes, he’s always open to new methods. “My theory on teaching is, if you teach the lecture the same way, after five years you’re going to peak. Another 10 years isn’t going to make a difference. You have to try new things,” he says.

There’s a transformation a person undergoes when traveling to far less privileged places in the world, especially when those travels expose you to the untenable conditions in which so many children live and force you to think about ways you can make a difference.

Students in Pavani Ram’s public health courses have the opportunity to undergo such a change through learning about public health issues in low- and middle-income countries and, in some cases, actually doing field research in these locales.

“What I want to do is inculcate a sense of purpose and passion among the students,” says Ram, who teaches courses in global health and epidemiology of infectious disease, in addition to mentoring master’s and doctoral students at UB and other universities.

Through her teaching, Ram is able to open students’ eyes to parts of the world that lack infrastructure, such as access to safe water and sanitation, critical to ensuring public health. Ram’s research has taken her to Africa and South Asia, among others.

“There’s a whole constellation of reasons why people in Africa and South Asia have these tremendous health concerns,” she says. “It’s not a lack of ability or capability but a complex set of conditions that set up the inequities that exist for public health in our world.”

Ram relishes talking to students when they return from their field research journeys. “They come back with a new sense of purpose, a vigor for the work that we undertake,” Ram says. “To me, one of the most precious times I have with students is the day they come back. To teach students who demonstrate intellectual curiosity is a joy for me.”

One such student is Emily Fiore, who as an undergraduate recently took Ram’s graduate level Global Health class. Fiore says Ram has been instrumental in her success as a student. “She is extremely knowledgeable, and provided me with a comprehensive introduction to the health issues that plague low- income countries, as well as the successes and failures of the public health sector in combating these issues,” says Fiore, who is in the fourth year of a five-year dual degree program in biology and anthropology.

After graduating, Fiore wants to go to medical school to work in the global health sector. “Dr. Ram’s class helped foster this passion by exposing me to the issues in a scientific fashion,” Fiore says, adding that Ram has continued to mentor her.

“Despite her involvement with current public health projects, Dr. Ram has still found the time to serve as my faculty adviser for an independent research project I am conducting on the burden of disease of landmines in a post-conflict setting. She has found time to discuss with me my future plans, and has always been sure to remind me of my value as a woman in science.”

While there’s great satisfaction in helping to address major public health problems around the world, Ram says she most enjoys the interactions she has with students. “Teaching, both in the classroom and in one-on-one mentoring relationships, rewards me tremendously, both professionally and personally,” Ram says. 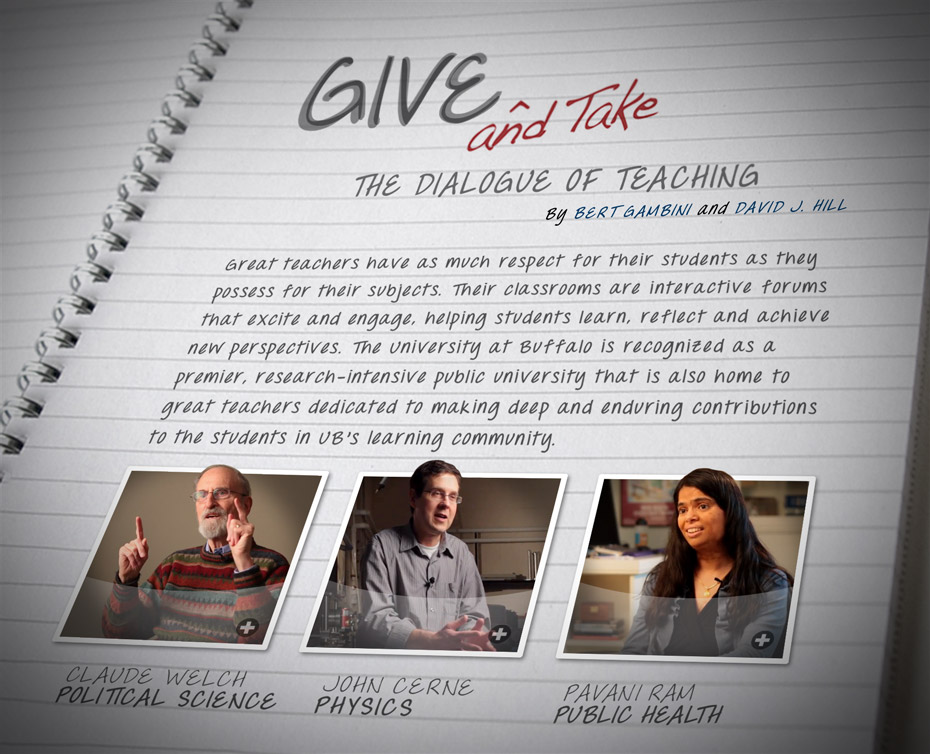 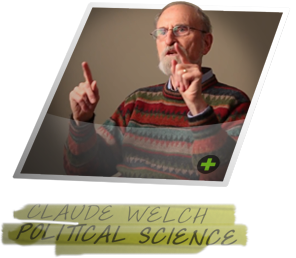 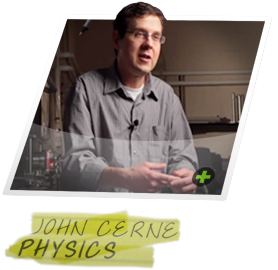 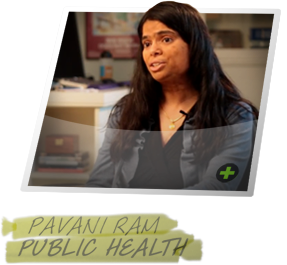 UB’s teachers inspire students every day. If you’d like to learn from some of the best minds around, consider applying to the University at Buffalo.