The UB Cricket Club may be the best team you’ve never heard of. Formed officially in 2011 with 15 members, they play their games with little fanfare and not much of a playing field. Most of the time they use an empty residence hall parking lot at UB’s Governor’s Complex.

And yet the young team is already making a name for itself. Last March, they advanced to the quarterfinals of the 2013 American College Cricket National Championship in Florida, beating teams from Penn State, Texas A&M and Harvard. Indicative of their commitment, they scraped together the money for the trip from an online crowd-funding effort, a bake sale and their own pockets.

A month after their return, in April, the club organized its own tournament, the UBCC Spring Championship. Thirteen teams participated and UB came in second, after a team from Rochester.

Today the club boasts approximately 200 members, stands a good chance of qualifying for the 2014 nationals and has plans to turn the UBCC tournament into a biannual competition. Not bad for two years out.

Professor McDevitt and members of the UB Cricket Club explain the basics of the game. 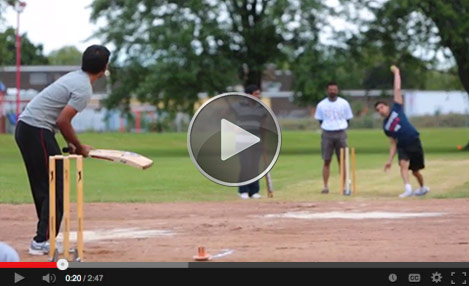 A cricket field is a large circular or oval-shaped grassy ground. There are no fixed dimensions for the field but its diameter varies between 449 ft. and 492 ft., in the center of which is a flat strip of ground called a pitch. 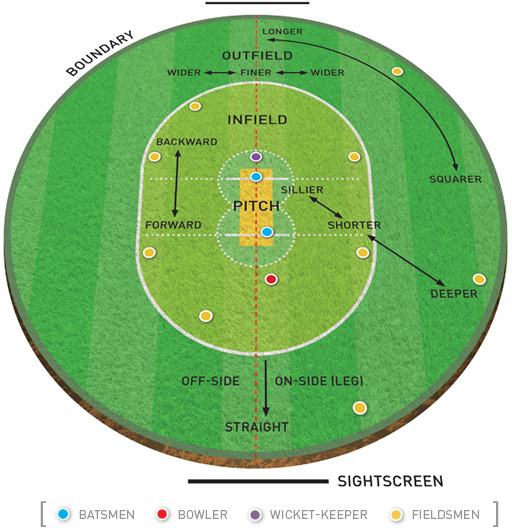 It takes two. Each team of 11 players takes turns batting and fielding. When a team is batting, two players come to the field together on opposite sides of the pitch—as a striker and non-striker. Once the ball is hit by the striker, each man runs to the opposite end of the wicket, scoring runs along the way.

How long does a game last? A formal game of cricket can range from a few hours to several days. The UB club, with limitations such as schoolwork, plays a game called Twenty20, which lasts three to four hours. Got time to kill? Test Cricket is played for up to five days.

Backward, forward, square Fielding positions are not fixed, and fielders can be placed in positions that differ from the basic positions. Most of the positions are named roughly according to a system of polar coordinates—one word (leg, cover, mid-wicket) specifies the angle from the batsman, and is optionally preceded by an adjective describing the distance from the batsman (silly, short, deep or long). Words such as “backward,” “forward” or “square” can further indicate the angle.

UB Cricket Club president Parth Parikh is an all-rounder—meaning he performs well at batting and bowling. Most cricketers are skilled in only one of the two disciplines. 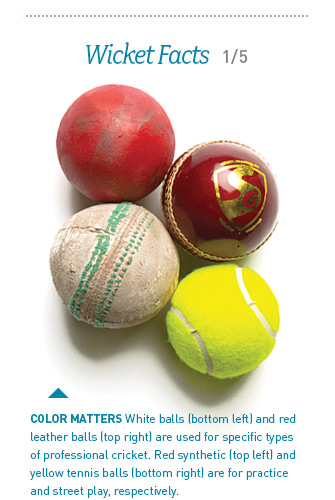 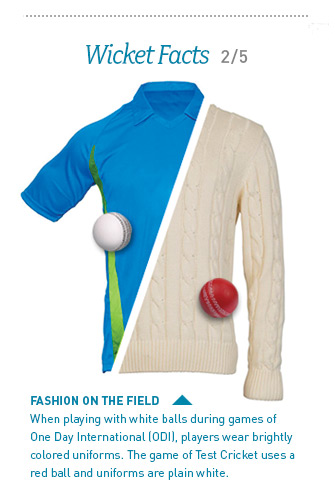 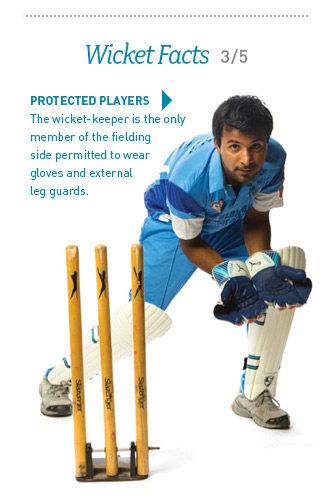 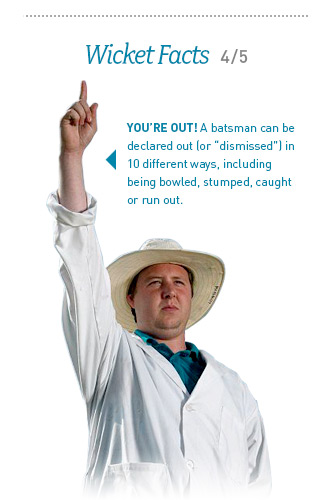 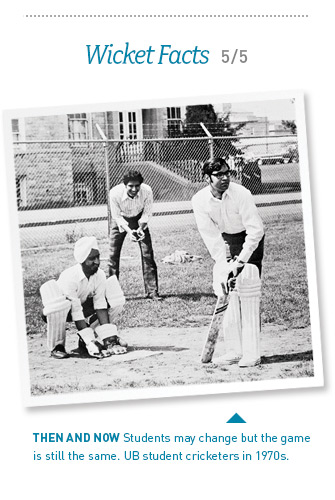 Batsman: Similar to the batter in baseball. In cricket, there are two batsmen (a striker and a non-striker) and they score runs by running to opposite ends of the wicket.

Bowler: Similar to the pitcher in baseball, the bowler propels the ball toward the striker’s wicket in an attempt to get him out.

Century: A score of 100 runs by a single batsman in an inning.

Rabbit: A batsman with little batting skill who typically bats toward the end of an inning (also called a “tailender”).

Wicket: A word with many definitions in the world of cricket, referring, among other things, to the target a bowler is aiming to hit and a batsman is aiming to defend (three stumps set in the ground and topped by a pair of bails); the 22-yard area between the stumps; and the dismissal of the batsman.

Wicket-keeper: Similar to the catcher in baseball, the wicket-keeper stands behind the stumps and receives the ball from the bowler.

There’s a saying—“It’s not cricket”—that has found its way into the lexicon of cricket players and spectators alike. Roughly translatable as “It’s not right” or “It’s not fair,” the phrase suggests a code of ethics and behavior that is expected of players (cricket is often called a “gentleman’s game”) and clearly reflected by the Pakistani and Indian members of the UB Cricket Club. Watching the club members play, you would never guess at the intensity of the rivalry between their respective nations’ professional squads. “We play as a team and try to win as a team,” says Parth Parikh, president of the UB Cricket Club. “There are no differences made, no matter what our nationality.”

It’s not cricket to neglect making a gift to UB.
Visit the Giving to UB page and make a gift to the area of your choice.

Fancy a little paintball?
There’s a club for that.

UB offers 30 official club sports – some you might expect, some that might surprise you. Herewith, a brief sampling: