Three faculty and four staff members from the School of Engineering and Applied Sciences were among the 25 UB colleagues who have been named recipients of the 2019 SUNY Chancellor’s Award for Excellence, the most recipients from UB in recent history.

The Chancellor’s Awards acknowledge and provide system-wide recognition for consistently superior professional achievement and encourage the ongoing pursuit of excellence.

The Chancellor’s Award for Excellence in Scholarship and Creative Activities recognizes the work of those who engage actively in scholarly and creative pursuits beyond their teaching responsibilities. SEAS recipients are Qiaoqiang Gan, associate professor, Department of Electrical Engineering, and Shambhu Upadhyaya, professor, Department of Computer Science and Engineering, and SEAS associate dean for research and graduate education.

Bina Ramamurthy, teaching professor, Department of Computer Science and Engineering, received the Chancellor’s Award for Excellence in Teaching, which honors those who consistently demonstrate superb teaching at the undergraduate, graduate or professional level.

The Chancellor’s Award for Excellence in Professional Service honors professional staff performance excellence “both within and beyond the position.” Recipients are Kerry Collins-Gross, assistant dean for undergraduate education, and Christopher Connor, assistant dean for graduate education, both in the School of Engineering and Applied Sciences; and Kimberly Kriz, executive officer, Department of Electrical Engineering.

Lori DuVall-Jackson, secretary 1, Department of Chemical and Biological Engineering, received the Chancellor’s Award for Excellence in Classified Service. The award recognizes classified staff members who have consistently demonstrated superlative performance within and beyond their position.

Qiaoqiang Gan is a pioneering researcher whose expertise in fundamental light-matter interactions has led to development of low-cost manufacturing processes for optical materials and commercialization of groundbreaking technologies. He is internationally recognized for applying photonics to nanoscale and nanostructured materials to solve critical problems in engineering. He has published more than 100 papers in peer‐reviewed journals, such as Proceedings of the National Academy of Sciences, Science Advances, Advanced Materials and ACS Nano. He has received a dozen federal grants totaling more than $3.9 million, and his work has been continuously funded by the NSF since 2011. He has three patents, with an additional patent pending.

An innovative teacher and outstanding curriculum developer, Bina Ramamurthy is praised for her work in developing emerging technologies for education on a truly global scale. In particular, she created a set of Massively Open Online Courses (MOOCs) on the Coursera platform — the Coursera Blockchain Certification — which launched in 2018 with four courses. Ramamurthy was the sole instructor and used her extensive research on the emerging topic of blockchain technology to create the scripts, videotape the lectures, edit the videos, and generate the assessment instruments and projects to engage a community of global learners from diverse cultures and backgrounds. The courses were hugely successful: within three months of their launch, there were more than 30,000 enrollees, and feedback from learners has been excellent.

Shambhu Upadhyaya is described by peers as “a premier researcher and an international authority in computer engineering” who has conducted “outstanding, cutting-edge research on important core areas of testing and diagnosis, fault tolerance and computer security.” Since 2002, he has directed UB’s Center of Excellence in Information Systems Assurance Research and Education, which is certified by the National Security Agency and the Department of Homeland Security. In this capacity, he coordinates cybersecurity activities on campus, conducts workshops and obtains funds from the NSF and the Department of Defense to support graduate students in cyber security. A prolific scholar, Upadhyaya, who also serves as associate dean for graduate education and research for the School of Engineering and Applied Sciences, has published three books, 22 book chapters, 68 peer-reviewed journal papers, and 200 refereed conference and workshop proceeding papers, and has received more than $10.5 million in external funding since joining UB in 1986.

Kerry Collins-Gross, assistant dean for undergraduate education in SEAS since 2005, oversees 11 advisers and one staff assistant for an office that provides a wide range of services, including recruitment, admissions, scholarships, advisement, academic review and graduation. Collins-Gross was instrumental in shaping many of the revisions to the engineering curricula related to the SUNY Seamless Transfer policy and the launch of the UB Curriculum. She also has been a tremendous resource in the area of academic review — particularly in managing the system for tracking students on academic probation or facing dismissal, sending out notification letters and setting in motion the appeals process.

As assistant dean for graduate education in SEAS since 2016, Christopher Connor’s primary responsibility is strategic graduate enrollment management. He works in all areas of the graduate student lifecycle, including enrollment planning, new program development, recruitment, admissions, leveraging of scholarships, graduate student professional development and alumni engagement. Colleagues laud Connor’s leadership on innovative business processes and procedural redesign, noting that they have “revolutionized recruitment” in the school. His outstanding strategic leadership has been instrumental in boosting the school’s graduate enrollment to the highest in school history.

A member of the Department of Chemical and Biological Engineering since 2012, Lori DuVall-Jackson’s responsibilities include processing applications, appointments and personnel files, as well as customer service-related tasks, such as fielding inquiries from students regarding tuition. She is credited with creating and implementing numerous programs and initiatives to improve not only administrative efficiency, but student outcomes as well. These include a graduate information session that keeps students apprised of changes to curriculum, degree conferral or immigration procedures; a student ambassador program; and a new electronic calendar system that enables the department to make the best use of its space.

As executive officer of the Department of Electrical Engineering since 2012, Kimberly Kriz is responsible for the overall management of her department’s financial, research, academic, communications, space and personnel resources. She is credited with single-handedly redesigning department workflow and continuously scaling it to accommodate an ever-growing population of students and faculty. Colleagues note that her deep knowledge of the higher education landscape has significantly improved marketing efforts to recruit both students and faculty to the department, as well as to increase UB’s reputation among peer institutions. 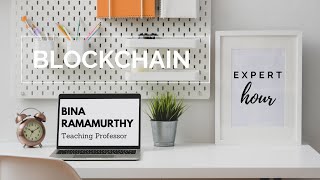 Podcast with Berlin Sirmacek on blockchain and decentralized applications