The Buffalo-Niagara region, home to 1.5 million residents, is the state’s second largest major metropolitan area, exceeded only by New York City. The region includes a diverse blend of communities, each with its own distinct personality, yet commonly characterized by a distinctly neighborly way of life, an unpretentious nature and spirited loyalty among residents. 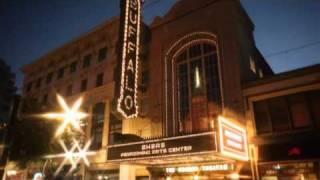 Watch this video from the Buffalo Niagara Convention & Visitors Bureau.

Buffalo’s own strong sense of community, easy lifestyle and affordability are why Forbes magazine in 2010 rated Buffalo one of the top 10 U.S. cities to raise a family, ranking 4th best in cost of living, 12th in quality of public education and “best U.S. city” for commuting. Buffalo is billed as the “20-Minute City” for its lack of traffic delays and blissfully brief commutes. That translates to an enhanced quality of life for the university’s faculty, staff and students, who enjoy stress-free travel regardless of where they’re headed around the region.

Buffalo is also among the five most affordable housing markets in the United States; the median price for a single-family home is one-third lower than the national median. This and the fact that the overall cost of living is 14 percent below the national average are two of many factors that contribute to the region’s increasing recognition for its quality of life. The region also benefits greatly from the presence of its 22 public and private colleges and universities.

The Buffalo area is rich in natural resources and beauty, and offers an impressive array of cultural and recreational opportunities uncommon for a region of its size. Buffalo Niagara is a four-season region that features the sunniest and driest summers of any major city in the Northeast. Crisp, comfortable autumns produce some of the Northeast’s most vibrant foliage, and temperate summers are a mecca for those who like to sail, fish, swim, run or bicycle.

Buffalo Niagara also is ideally located for easy access to many of America’s greatest cities. Only an hour’s flight time from Buffalo Niagara International Airport (from which there are more than 100 nonstop daily flights) are New York City, Boston, Philadelphia, Chicago and Washington, D.C.

The University at Buffalo is the largest campus in the State University of New York system and New York’s leading public center for graduate and professional education.