All About That Bass

This chemistry grad is in his element onstage 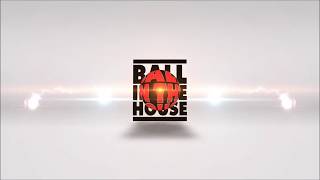 When Ben Detty (BA ’14) was still an undergraduate chemistry major, he was chided by one of his professors for falling behind in lab due to the frequent rehearsals he had with the Buffalo Chips, a UB men’s singing group. After all, she asked him rhetorically, did he want to be a chemist or a singer for the rest of his life?

“She’s been getting a kick out of my current career,” laughs Detty, 26, who, after earning his degree, followed an unanticipated fork in the road and joined Ball in the House, a professional a cappella group. Now, together with his four bandmates, he performs an upbeat mix of old-school R&B and contemporary pop at more than 200 shows a year.

Since his first show with Ball in the House almost two years ago (the band itself has been around for nearly two decades), it’s been a whirlwind experience for Detty. In 2016, the group won the Boston Harmony Sweepstakes and advanced to the nationals—the annual (and ultimate) vocal harmony music festival held near San Francisco. That same year, Ball in the House headlined the China International Chorus Festival in Beijing and then toured six Chinese cities. When not traveling afar, the Boston-based band plays throughout New England and the Northeast at fairs, festivals, colleges and universities, and grade schools.

In fact, Detty remembers Ball in the House playing at his school when he was a kid growing up in Rochester, N.Y. Many years later, he heard through mutual friends that they were looking for a bass vocalist. At the time, Detty was working as a lab technician and pondering his next step—most likely going to grad school. “I’ve always loved music as a hobby, but I never really saw it as a career,” he says. “Both of my parents are chemistry professors, and I’ve always had a knack for it, so I figured it would be a good path for me to pursue.” Still, at the prompting of friends, he auditioned and landed the spot with the band. His parents (his father is lauded UB Professor of Chemistry Michael Detty) proudly support their son’s musical pursuits.

Detty is enjoying his adventure and plans to stick with it for at least the next several years. Long-term, he may eventually return to the sciences, still with a song in his heart. “The education I gained at UB positions me well,” he says, “and the people skills I’m getting through performing are just going to add to that.”

Tell us your stories, young alumni.

Are you a UB grad age 30 or under? Have a compelling story or accomplishment to share? Send an email to youngbulls@buffalo.edu.