Henderson back in the spotlight with roles in ‘Newsroom,’ ‘Lincoln’ 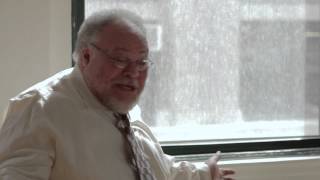 Stephen Henderson recently appeared in “Not (En)Titled” by Anna Deavere Smith, produced for the “My America” series honoring the 50th anniversary of Baltimore’s Centerstage Theater.

Henderson has once more made the news, this time for two recent performances: the first as Solomon Hancock, the pivotal deep-throat character in the popular 2012 HBO series “Newsroom,” directed by Aaron Sorkin, and the second as William Slade, the president’s trusted manservant, in Steven Spielberg’s 2012 film “Lincoln.”

Henderson says that everyone on set knew that “Lincoln” was “mission work” and a very special project. And yes, he, too, was drawn into star Daniel Day Lewis’ practice of remaining in character during the making of a film.

“He always addressed me as ‘Mr. Slade’ while on set and I always called him “Mr. President,’’’ Henderson says. “Even small talk was conducted in character, so when Lewis asked me how I found the weather that day, he meant the weather in Virginia on a particular date in 1864!

“I found Daniel Day Lewis to be a very pleasant man,” he says, “although much better dressed than Lincoln. Since he remains in character throughout the making of a film, I’m glad I worked with him while he was playing the president and not when he was Bill the Butcher In ‘Gangs of New York.’

“The whole thing was a wonderful experience,” Henderson adds. “There is no downside to working with Spielberg or Tony Kushner, who wrote the screenplay. In fact, I’ve known Tony for a couple of years and he’s the one who recommended me for the role of Slade.”

Henderson says there was no downside to working with “Newsroom” director Aaron Sorkin, either, although a big plus for him was that while filming the series, he got to spend time with Sam Waterston,

“I spent years ‘on the bench’ on ‘Law and Order,’ and of course, Sam was the star,” he says, “but because of our schedules, we didn’t get to talk much. He’s a regular on ‘Newsroom,’ of course, and like me, primarily a stage actor. During the production, we had the opportunity to spend a lot of time together trading theater stories, which was a lot of fun and very satisfying.”

Henderson is indeed primarily a stage actor and has been recognized in particular as a veteran performer in the plays of the Pulitzer Prize-winning playwright August Wilson. He has played 15 feature roles in 12 original productions and revivals of Wilson’s major plays, from “Ma Rainey’s Black Bottom” in 1984 to “Fences,” the Broadway revival featuring Denzel Washington and Viola Davis that earned him a 2010 Tony Award nomination for Best Featured Actor. The original production won a Tony for Best Play in 1987 and the 2010 version won a Tony as “Best Revival” that year.

Henderson frequently appears in local productions as well. He is known in Western New York for his 10-year association with Buffalo’s Studio Arena Theater and for productions at Geva Theatre in Rochester and for Buffalo’s Road Less Traveled Company.

Tom Ralabate, professor and chair of the UB Department of Theatre and Dance, says he first met Henderson when the actor was performing at the Studio Arena Theater in 1984, before he worked for the university.

“He has always been a hard-working theater professional who worked in the trenches and earned his reputation,” says Ralabate. “He also is a wonderful teacher who offers our students the benefits of rich and extensive experiences that transcend genres. We are so lucky to have Steve Henderson on our faculty.”

“He is known as well at UB for his quiet, self-effacing demeanor, gentlemanly presence and an enormous talent that is finally getting the public recognition it deserves.”

Speaking of genres, Ralabate says his own choreographic work once required him to turn Steve Henderson into a believable competitive ballroom dancer for a role in Fugard’s “Master Harold and the Boys.”

“I am proud to say,” Ralabate says, “that Steve still can perform a proficient quickstep.”

Henderson’s extensive work on and off Broadway, in film and in television has been cited by such theater luminaries as Jane Alexander, John Houseman (in two memoirs), Michael Feingold in The Village Voice and by Samuel Hay in his book “African American Theater, A Critical Analysis” (Cambridge University Press).

Henderson will bring it all home in February when he directs the UB production of “Forgiving John Lennon” by William Missouri Downs.

He says the play is serious in that it is an homage to Somali-born Dutch feminist and activist Ayaan Hirst Ali, whose controversial and very public criticism of radical Islam—and especially its treatment of girls and women—has made her an international figure.

“The play is sobering,” Henderson says, “but it also exposes how comic our attempts at tolerance and inclusion can appear to those whose very lives depend on the resolution of these issues.”

“Forgiving John Lennon” will run Feb 27 to March 3 in the Black Box Theatre in the Center for the Arts, UB North Campus.