There is a great deal of evidence now that diet affects cancer risk. That connection wasn’t obvious, though, in the 1950s, when L. Saxon Graham began breaking new ground in cancer epidemiology.

Over the next half-century, Graham, Professor and Chair Emeritus of the Department of Social and Preventive Medicine, contributed some of the most important research on diet and cancer.

“He was a major figure in epidemiology,” says Jo Freudenheim, UB Distinguished Professor and chair of the Department of Social and Preventive Medicine. “He started doing work at a time when people said, ‘Oh, you can’t do that.’ His contributions showed that it was possible to measure diet and made people move forward and do research that needed to be done,” adds Freudenheim, whom Graham mentored when she came to UB as a post-doctoral fellow in 1987.

As significant as his contributions were in cancer epidemiology, his legacy lives on through the lives of the many students whose academic lives he impacted. In 2008, many of his students and colleagues established the  Dr. Saxon Graham Social and Preventive Medicine Student Award in his honor. The fund is used to provide an annual award to a student(s) who displays academic excellence and promise in the field of social and preventative medicine.

Give now to the Dr. Saxon Graham Social and Preventive Medicine Student Award. 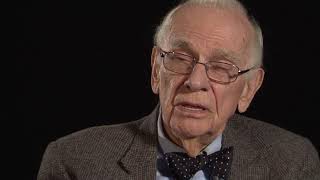 L. Saxon Graham, PhD, a longtime SPHHP professor and chair of the Department of Social and Preventive Medicine from 1981-1991, was considered among the most important cancer epidemiologists for his groundbreaking studies examining the link between diet and cancer beginning in the 1950s. He died at age 90 in May 2012.