Silvia Federici is one of the key figures among the group of feminists that spurred the new radical theorizing of social reproduction in the 1970s. In her keynote address, Federici will discuss the enduring relevance of social reproduction and how the theorizing of contradictions in this terrain are necessary for social movements dedicated to reorganizing everyday life and creating non-exploitative social relations.

About the Book:
At a time when we are witnessing a worldwide expansion of capitalist relations, a feminist rethinking of Marx’s work is vitally important. In Patriarchy of the Wage, Silvia Federici, bestselling author and the most important Marxist feminist of our era, asks why Marx's crucial analysis of the exploitation of human labor was blind to women’s work and struggle on the terrain of social reproduction. Why was Marx unable to anticipate the profound transformations in the proletarian family that took place at the turn of the nineteenth century creating a new patriarchal regime? Patriarchy of the Wage does more than just redefine classical Marxism. It is an urgent call for a new kind of radical politics.
Get 25% discount with using the code: Silvia for any of Federici's title books at https://pmpress.org/.

This event is part of Gender Institute's Social Reproduction Theory Lecture Series which is sponsored by  The Baldy Center for Law and Social Policy, and co-sponsored by the Arts Management Program.


Premilla Nadasen is a Professor of History at Barnard College, Columbia University. Nadasen is the author of four books, most recently Household Workers Unite: The Untold Story of African American Women Who Built a Movement, which is a new classic of history-from-below that reconstructs the work of mainly Black women domestic workers in the post-war period. Nadasen is the winner of the first Ann Snitow Prize for writers who combine intellectual pursuits with feminist and social justice activism. Her keynote will be based on her forthcoming book on social reproduction with Haymarket Press.

Telling the stories of African American domestic workers, Household Workers Unite,  resurrects a little-known history of domestic worker activism in the 1960s and 1970s, offering new perspectives on race, labor, feminism, and organizing.
In this groundbreaking history of African American domestic-worker organizing, scholar and activist Premilla Nadasen shatters countless myths and misconceptions about an historically misunderstood workforce. Resurrecting a little-known history of domestic-worker activism from the 1950s to the 1970s, Nadasen shows how these women were a far cry from the stereotyped passive and powerless victims; they were innovative labor organizers who tirelessly organized on buses and streets across the United States to bring dignity and legal recognition to their occupation.

Cathy Park Hong is an award-winning poet and essayist whose book, Minor Feelings, is a searching work that ruthlessly reckons with the American racial consciousness. Hong is also the author of three poetry collections including Dance Dance Revolution (which won the Barnard Women Poets Prize), Engine Empire, and Translating Mo’Um. She is a recipient of the Windham-Campbell Prize, the Guggenheim Fellowship, and the National Endowment for the Arts Fellowship. Her poems have been published in Poetry, The New York Times, The Paris Review, McSweeney’s, The Boston Review, and other journals. She is the poetry editor of the New Republic and full professor at the Rutgers University-Newark MFA program in poetry.

The book discussed above is available in ebook format at UB Libraries, found here.

"The End of Bias: A Beginning - The Science and Practice of Overcoming Unconscious Bias"

Register to receive the link: https://bit.ly/Nordell

Jessica Nordell is a science and culture journalist who has been covering unconscious bias and its antidotes for ten years. Her essays and reporting on the subject have appeared in the Atlantic, the New York Times, the New Republic, the Washington Post, and many other publications. Educated at MIT and Harvard in physics, and the University of Wisconsin–Madison in poetry, she is a former writer and radio producer for American Public Media. She lives in Minneapolis, Minnesota. The End of Bias: A Beginning is her first book.

The End of Bias is a transformative, groundbreaking exploration into how we can eradicate unintentional bias and discrimination, the great challenge of our age.

Unconscious bias: persistent, unintentional prejudiced behavior that clashes with our consciously held beliefs. We know that it exists, to corrosive and even lethal effect. We see it in medicine, the workplace, education, policing, and beyond. But when it comes to uprooting our prejudices, we still have far to go.

With nuance, compassion, and ten years' immersion in the topic, Jessica Nordell weaves gripping stories with scientific research to reveal how minds, hearts, and behaviors change. She scrutinizes diversity training, deployed across the land as a corrective but with inconsistent results. She explores what works and why: the diagnostic checklist used by doctors at Johns Hopkins Hospital that eliminated disparate treatment of men and women; the preschool in Sweden where teachers found ingenious ways to uproot gender stereotyping; the police unit in Oregon where the practice of mindfulness and specialized training has coincided with a startling drop in the use of force.

Captivating, direct, and transformative, The End of Bias: A Beginning brings good news. Biased behavior can change; the approaches outlined here show how we can begin to remake ourselves and our world.

Mónica Ramírez is an attorney, author and activist. She is the founder of Justice for Migrant Women and co-founder of Alianza Nacional de Campesinas, The Latinx House, and Poderistas. Mónica has received numerous awards, including Harvard Kennedy School’s first Gender Equity Changemaker Award, Feminist Majority’s Global Women’s Rights Award and the Smithsonian’s 2018 Ingenuity Award. She was named to Forbes Mexico’s 100 Most Powerful Women’s 2018 list and TIME Magazine included her in its 2021 TIME100 Next list. Mónica is also an inaugural member of the Ford Global Fellowship. Mónica lives in Ohio with her husband and son. 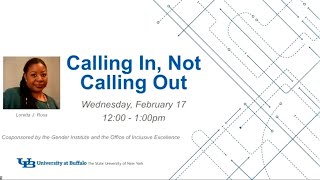