More Things to Do:

Our riches include the Albright-Knox Art Gallery, Buffalo Philharmonic Orchestra and Shea’s Performing Arts Center. Where else can you find:

With more than 50 public and private galleries, Western New York is a magnet for those who appreciate art and those who create it.

The world’s largest collection of works by visionary painter Charles E. Burchfield is found at The Burchfield Penney Art Center.

Across the region, a wide range of galleries feature work by artists in various mediums. In the nearby village of East Aurora, the Roycroft Campus, a National Historic Landmark, keeps the American Arts and Crafts movement alive.

The New York Times calls Buffalo “a textbook for a course in modern American buildings” and “home to some of the greatest American architecture of the late-19th and early-20th centuries.”

Among our must-see landmarks:

If you’re a classical music buff, you don’t want to miss a chance to hear the internationally renowned Buffalo Philharmonic Orchestra in concert. In addition to the BPO, the Buffalo Chamber Music Society plays in the perfect acoustics of Kleinhans Music Hall.

UB’s Lippes Concert Hall in Slee Hall features a full slate of performances throughout the year.

If you prefer pop, rock or country, Key Bank Center and the Darien Lake Amphitheater attract the hottest national acts. UB’s own Center for the Arts hosts an impressive slate of concerts, in addition to speakers, theater and dance.

The Buffalo area is home to a number of hugely popular summer concert series. One of the largest, Canalside, is situated in downtown Buffalo along the waterfront, and features some of the top acts from the U.S. and Canada.

A mecca for local and national talent, the city’s Theater District is one of the largest concentrations of theaters in the United States.

UB's Center for the Arts also hosts a number of theatrical productions. 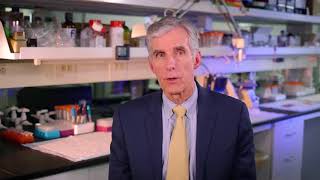