I would like to share a story with you that has deeply affected my family and me, and most importantly claimed the life of a vital, energetic and independent woman, my mother, Alice Brennan.

Mom was like an 88-year old cross between Carol Burnett and Lucille Ball. She was funny and engaging and, above all, social. She loved to dance, tell off-color jokes and go to every football game, wrestling match, swim meet or concert that my kids were involved in. As a matter of fact, just months before her death, she spent 15 hours at a state wrestling tournament that my son was competing in.

I share her personality with you because I want to impress upon you that she was a unique, cherished and irrepressible person, filled with hope and desire and plans for tomorrow. At the time of her death, she was on the steering committee for her 70th high school reunion. She had a social schedule that would exhaust most 20-year olds. She lived in her own home, drove her own car, and managed her own finances. Alice’s story implores all health care professionals to treat every single patient, most especially the geriatric population, with dignity and respect, compassion and concern.

Mom’s story did not have to end like some Greek tragedy, in the death of an innocent woman. It could have had a totally different outcome, had the healthcare facilities in which she was treated been focused on a culture committed to patient safety. And by that I mean everyone…from the CEO to the head of housekeeping, doctors, nurses, pharmacists…everyone to whom she entrusted her care. By a culture of safety, I mean the establishment of safety as an organizational priority, teamwork, patient and family engagement, openness and transparency, accountability, non‐punitive response to adverse events and errors, promotion of safety through education and training.

There was no one individual responsible for my mother’s death. Mom was a victim of a profound yet preventable system failure.

If you are fortunate to be the child or grandchild of someone from the greatest generation, you no doubt can relate to the fact that Mom was very typical of her generation. She trusted the healthcare system implicitly and that system failed her. She did not ever question courses of treatment, she did not question what was prescribed for her or what tests and treatments were ordered. She did not want to take up the doctor’s time with her questions and that cost her dearly. She would rather die than ask her doctor or nurse if they had washed their hands, and tragically she did die of multiple hospital acquired infections, including MRSA, C‐difficile and VRE 48 days after entering a hospital. Her death certificate notes SEPSIS as the cause of death. She was killed by a cascade of preventable medical errors.

Simone deBeauvoir is one of my favorite authors. After Mom’s death, I read A Very Easy Death, written by Ms. deBeauvoir about her own mother’s tragic passing at the hands of a callous healthcare system 50 years ago and was struck by the many parallels. My mother fought with everything she had, but the ravages of infection and polypharmacy were just too much to overcome. This photo was taken about half way through her hospitalization.

At 88 years of age, my mother, Alice, felt nagging pain in her neck and shoulders. She had been invited to several parties on July 4th and didn’t want the pain to crimp her enjoyment of the holiday. Her primary care physician’s office was closed for the holiday so she went to a local hospital emergency department. 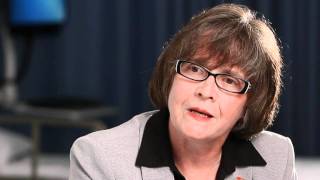 She was diagnosed as having osteoarthritis and given a prescription for the muscle relaxant, Flexeril. Shortly after, we were informed by a doctor treating her for an unrelated condition that she should never have been prescribed Flexeril because it is on the Beers list. It is potentially dangerous for older adults because it can cause confusion, delirium and cognitive impairment.

About a week later, mom drove to my home to show me her right knee which was stiff, swollen, and painful. She had trouble walking and climbing stairs so we decided to have her primary care physician, whom she has known for more than a decade, take a look at it. That was the last day mom drove her beloved Chevy Cavalier.

He suspected gout as the cause of the knee pain and referred her to the care of an orthopedic specialist who also thought she had gout. He promptly recommended that she be admitted to the same community hospital where she had been treated in the emergency department. He explained that fluid would be drawn from the knee to confirm the diagnosis.

My mother spent five days in the hospital where the tests confirmed a diagnosis of gout. She wanted to go home but it was recommended that she spend a week or two in a rehabilitation facility to have physical therapy to help her regain her footing.

Chronology of the last 48 days of Alice’s life

Forty‐eight days after entering a hospital for treatment of gout, my mother died.

The root cause of her death was the inappropriate prescribing of flexeril that triggered a cascade of events that caused my mother’s fragility and contributed to her acquiring four healthcare‐associated infections that precipitated her death.

Rather than catching the medication error, medication reconciliation caused an error.

As a patient safety tool, medication reconciliation is designed to obtain and verify a complete an accurate list of the medications a patient is taking to identify omissions, duplications, dosing errors and drug interactions. The process needs to be conducted with critical thinking skills, asking the question, “Should the patient be taking this drug?” rather than reinforce bad prescribing pratices.

In moments of lucidity, my mother would ask, “What’s happening to me?” She was terrified and so was I. I reassured her saying, “I’m going to make sure you are okay.” I failed her. My mother suffered tremendously and the guilt haunts me to this day.