At 13, Brandon Stosuy (MA ’01) began hosting music concerts in his father’s backyard in rural New Jersey. “We’d get an old hay truck and borrow a PA from my friend Ed,” he says. “We didn’t really think of it as DIY in those days. It’s just what you did if you wanted to have a show.”

For his 18th birthday, he held a three-day festival there he called the Indie 500, featuring then-popular (but never mainstream) groups like Swirlies and Lilys.

His boyhood love for underground music was just the beginning of an itinerant, sometimes irreverent journey to Pitchfork’s front door. In high school, he started an amateur magazine with a friend and called it “Nasal Spray,” because they thought it sounded funny. He moved to Portland, Ore., after college because his band had made a tour stop there and he liked the town. Then he followed his heart to Calgary, Alberta, to work some odd jobs and live with a girlfriend. A few years later, after getting his MA in English at UB, Stosuy moved to New York City, where he slept in a friend’s closet to save money and finally zeroed in on music writing. “I wanted to give music a go because it was how I started as a teenager, and I felt like it was the right path,” he says. 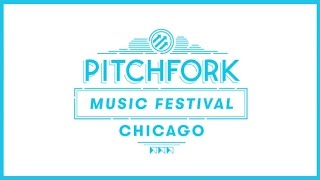 Stosuy may have started putting together shows with a hay truck and borrowed equipment, but Pitchfork has been holding its annual festival in Chicago for over a decade. Take a look at the line up for this year's fest, and click below to listen to a playlist of the performers.