Of the three million neonatal deaths which occurred globally in 2012, 779,000 took place in India. In India, perinatal asphyxia contributes to 20% of neonatal mortality (NMR) and 50% of early neonatal mortality (ENM) - 400 children losing their lives daily - a major public health problem. Asphyxia can result in coma, irregular breathing, absence of neonatal reflexes, dilated pupils, irregular heart rates, and seizures which can lead to brain cell dysfunction, injury, and death if untreated. Most seriously, asphyxia can cause injury to the central nervous system. This injury is termed Hypoxic Ischemic Encephalopathy (HIE). 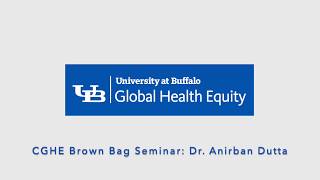 Currently, no affordable point-of-care technology exists to detect and monitor HIE. Structural imaging (CT/ MRI/ Ultrasound) and healthcare resources, such as radiologists and neonatologists are scarce, especially in rural India. This two-fold scarcity of technology and manpower causes "delayed detection and intervention” resulting in high neonatal mortality as well as lifelong neuromotor disability.

Since most of the births in low- and middle-income countries, including India, occur at home, a point-of-care (POC) wearable tele-neuromonitoring system would allow for early identification and management of HIE by community health workers (CHW). BRAGMOS is a novel, radical solution at the heart of which is a low-cost, portable, multimodal (electroencephalography (EEG) and near infrared spectroscopy (NIRS)), IoT (Internet of Things) device integrated with a tele-monitoring platform (called CEREBROS™).  BRAGMOS will use Near-infrared spectroscopy which measures cerebral blood volume and oxygen saturation and EEG to monitor cerebral hypoxia and seizures so that community health workers can manage HIE and triage the neonate at the point-of-care. This paradigm-shift in neonatal care in rural India will address the complex sets of barriers to achieving health equity.

BRAGMOS is currently in the prototype stage and undergoing animal testing at the University at Buffalo. After comprehensive bench-testing and performance evaluation, the multi-modal standalone sensor (BRAGMOS) will be integrated with the telemonitoring platform (called CEREBROS™, co-funded by the Grand Challenges Explorations-India) for continuous remote monitoring of cerebral hypoxia and seizures. BRAGMOS will be integrated with the first crowd-sourced, standardized, centralized, integrated, inter-operable emergency response platform in the cloud: KMES for Kolkata: the most populous city (density-wise).

In low- and middle-income countries including India the 1) low doctor to patient ratio and 2) complete non-existence of Neurological infrastructure outside of cities have resulted in a minimally trained allied work-force (CHWs) and a tiered public healthcare system. In this tiered system, Primary Health Centers (PHCs) have been setup throughout the country staffed with minimally trained but committed CHWs. The overarching objective of this project is to empower CHWs in rural hospitals to identify the propensity for brain injury in HIE early and to ensure early physiology-based treatment (e.g., therapeutic hypothermia) for "intact survival" under remote tele-monitoring guidance of a neonatologist, such that neurological outcome is good (Veena Manja et al., 2015) (Lakshminrusimha et al., 2015) (V. Manja et al., 2015).

Aside from portability and resource independence, affordability of the service provided by BRAGMOS, will be key to ensure wider adoption and penetration within 3- to 5-years. In India, the acceptance, penetration and long-term impact of any new medical technology/solution is only possible when the Public Health Care system adopts it. The respective service needs to be provided at minimal cost, while the government ensures a large patient pool.